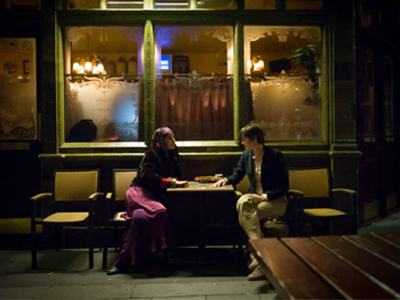 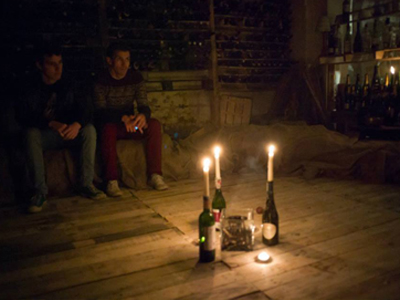 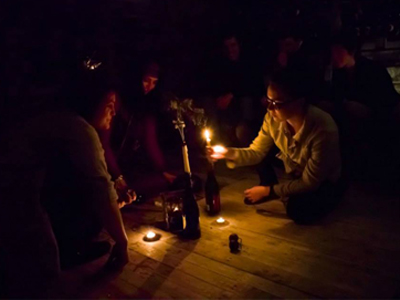 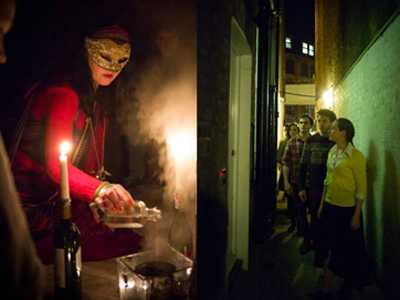 (From http://www.immer-city.com/) - "Wyrd was an immersive thriller set in an old wine cellar. Three witches held a séance for newly married couple Joseph and Fiona Warding. Joseph  had been plagued by his family's twisted past and the brutal murder of his grandfather. The audience were invited to be an integral part of summoning the dead, but to what end?

Wyrd was performed at C-Nova, Edinburgh Fringe Festival, August 2013  and at Babel Studios, London, May 2013.

"Wyrd" is an old English word meaning an event of postern or fate. The wheels of fortune were already turning before the séance began as the audience followed Joseph, Fiona and their best friend Ethan on facebook and twitter. They could also watch Joseph’s adorable proposal on the London Eye and take a peak at the couple’s unfortunately timed stag and hen nights, where Joseph met the enigmatic Isabelle Gowdie and her two strange sisters..."

"ImmerCity are perfectionists"
–The Upcoming